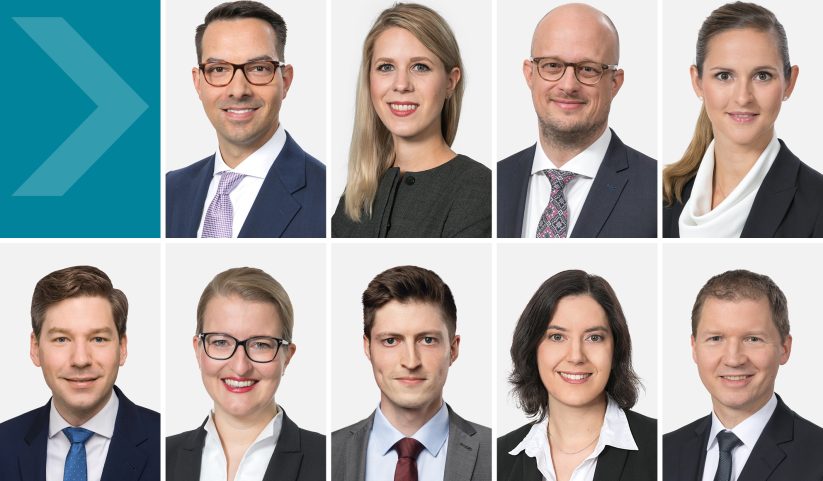 GSK Stockmann promotes nine attorneys from among its own ranks

At the partners’ meeting held on the 19th and 20th of November 2021, GSK Stockmann named two equity partners, six local partners, and one counsel from among its own ranks. With four female colleagues out of a total of nine promotions, is strengthening the proportion of women at the upper levels. The firm is thus consistently following its growth strategy and expanding its advisory expertise with the firm’s own talent of the younger generation.

Commenting on these promotions, Dr Oliver Glück, Co-Managing Partner at GSK Stockmann, said: “We’d like to congratulate all of our colleagues on this career move. In promoting nine colleagues, we are once again demonstrating consistency in the encouragement of young talent within our firm, as well as clear orientation toward our growth goals. With female colleagues representing four of the nine total promotions, we are continuing to strengthen the gender balance at senior levels – a declared goal of this firm.”

Glück further noted: “With these appointments, we are meeting our strategic objective of expanding existing competencies in the real estate and public sectors, yet also in industries such as financial services, mobility, energy, and healthcare, while at the same time tapping into promising new business areas. These promotions show how we are attracting young colleagues who wield broad national and international consulting expertise and are instrumental in driving the development of legal tech products at GSK Stockmann forward. In this manner, we are making sure our clients receive the best counsel possible in all relevant markets, and that also goes for the issues of the future.”

About the individuals (in alphabetical order):

Felix Bergfort studied law at the University of Konstanz. He began his legal career at a major international law firm in real estate law, and joined GSK Stockmann in 2019. Right from the beginning, his career has been focused on providing comprehensive counsel on real estate transactions and real estate asset management, in particular advising on tenancy law in complex project developments and drafting and negotiating primarily large-volume lease contracts. He has special expertise in both the asset class of office real estate and in logistics real estate. He holds deep knowledge of legal tech and was instrumental in the development and launch of the GSK Contract Accelerator. His clients include national and international real estate investors.

Dr Harald Feiler was admitted to practise law in 2009 and joined GSK Stockmann in 2012. In addition to his law studies and his Doctorate in Commercial Criminal Law at the Universities of Munich and Göttingen, he holds a graduate degree in Business Administration. Feiler advises clients on the full range of topics in financial regulatory compliance. Furthermore, he also takes on compliance functions for clients by way of outsourcing. He has particular experience and expertise in preventing money laundering and crime, compliance at capital management companies and securities institutions, and compliance under capital market regulations.

Katharina Groche studied law at the Ludwig-Maximilians-Universität in Munich. She was admitted to practise law in early 2016, and has since been working at GSK Stockmann in real estate law. Her practice ranges from real estate transactions, commercial tenancy law, and property/asset management to complex project developments and land law. She has deep knowledge of legal tech and was instrumental in the development and launch of the GSK Contract Accelerator. Her clients include national and international institutional investors, capital management companies, insurance companies, yet also family offices.

Kristina Marx studied law at Humboldt University in Berlin and completed a Master’s degree at Queen Mary University of London. She was admitted to practise law in 2013 and has been working for GSK Stockmann in public commercial law since 2016. Furthermore, she has been licensed as a specialist for administrative law since July 2021. Marx primarily advises on public building law and environmental law and specialises in project development and transactions of logistics and healthcare real estate (such as nursing homes, assisted living communities, serviced flats). She also advises regulated companies, particularly in the mobility sector. Her clients include national and international real estate investors and project developers. Marx is a member of the ZIA Health Real Estate Committee and the Women in Real Estate Association (Frauen in der Immobilienwirtschaft e.V).

Dr Jens Uwe Rügenhagen studied law at the Albert Ludwig University of Freiburg and has been an attorney at GSK Stockmann since 2012. He was on temporary rotation at GSK Stockmann Luxembourg in 2018. Rügenhagen specialises in Corporate Law, M&A, and Dispute Resolution. In addition to transaction advising in the financial services sector, another focus of his M&A practice lies in assisting international clients, particularly when it comes to acquisitions in Germany. In line with the international orientation of his practice, Rügenhagen has been involved with the International Young Lawyers Association (AIJA) for years and has been a member of its Extended Bureau since 2021.

Dr Mechtild-Maria Siebke studied law at the University of Passau and received her doctorate from the Ruprecht Karls University in Heidelberg. She additionally completed a Master of Laws (LL.M.) at Andrássy University in Budapest. After working as an academic at the University of the Federal Armed Forces in Hamburg, she joined GSK Stockmann as an attorney in 2016. Siebke advises banks as well as national and international companies on issues of financial regulation. One focus of her work lies in transactions for real estate financing. She has a particular specialisation in advising for syndicated financing, structures with a relation to financing and tied to German heritable building rights, and the asset class of hotels.

Sören Wolkenhauer studied law in Hamburg, Berlin, and Rome. He was admitted to practise law in 2012 and joined GSK Stockmann in 2018. Sören Wolkenhauer advises on public commercial law with a focus on energy, regulatory law, and public procurement law. His primary areas of activity comprise decentralised and municipal energy supply concepts as well as the awarding of contracts and licenses in the field of public infrastructure. His clients particularly include project developers, energy suppliers, and also the public sector and its companies. Wolkenhauer completed an LL.M. in Competition & Regulation while also working, and is licensed as a specialist for public procurement law. 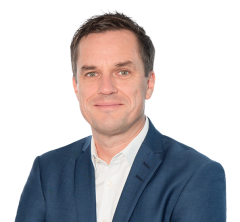