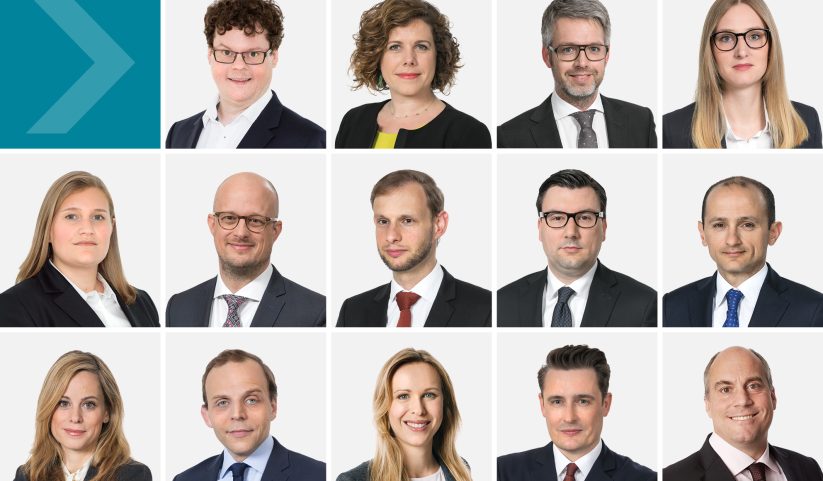 GSK Stockmann promotes fourteen lawyers from their own ranks

On the occasion of their partner meeting on 13th/14th November, GSK Stockmann appointed three new Equity Partners, nine Local Partners and two Counsel from their own ranks. In doing so, the law firm continues to pursue its (inter)national growth targets even during Corona’s challenging times, focussing above all on the development and encouragement of its own up-and-coming legal talents.

Commenting on the promotions, Dr. Oliver Glück, Co-Managing Partner at GSK Stockmann, said: “We congratulate all appointees very warmly on their promotions and wish them all much success in their new roles. The promotion of 14 of our own up-and-coming talents is a strong signal that we are continuing to pursue our growth targets even during Corona’s challenging times. We are particularly pleased that we were able to further increase the proportion of women in our partnership with five outstanding female colleagues. The appointment of three partners from Luxembourg was also a conscious decision to further develop our international orientation in terms of our position as a leading independent European corporate law firm. Furthermore, with these promotions we are strengthening our entire scope of expertise and sectors within our law firm which in turn enables us to optimally advise our clients on future issues with our focused orientation and extensive industry experience.“

Here are the appointees (in alphabetical order):

Dr. Claudia Busch studied law at the LMU in Munich and earned her doctorate from the University of Regensburg. She was admitted to practise law in 2016 and has been with GSK Stockmann ever since. Claudia Busch provides legal advice in planning, environmental and energy law; she is specialised in infrastructure planning/planning law. The focus of her practice is on providing comprehensive advice to project developers and regulatory authorities on complex major projects in the fields of energy law and transport infrastructure.

Rebecca Comtesse studied law at Ruprecht-Karls-Universität in Heidelberg. She has worked for GSK Stockmann ever since being admitted to practise law in 2016. Ms. Comtesse advises national and international banks on issues regarding financing law, with a special focus on financing transactions. A particular specialisation of hers is the provision of investment law advice regarding real estate funds in domestic and foreign transactions, especially financing transactions.

Dr. Harald Feiler was admitted to practise law in Germany in 2009 and also holds a degree in in business administration (Diplom-Betriebswirt (DH). He studied law at the Ludwig-Maximilians-Universität in Munich and earned his doctorate from the University of Göttingen. Harald Feiler has been a part of GSK Stockmann since 2012. He provides legal advice to clients in the entire scope of financial regulatory compliance and additionally takes over compliance functions for them by way of outsourcing. Harald Feiler has particular expertise in the fields of anti-money laundering and crime prevention, compliance for capital management companies and financial services institutions and capital market law compliance.

Dr. Manuel Fernandez studied law at the Paris XII and Paris II Panthéon-Assas universities. He was admitted to practise law in Paris in 2010 and then in Luxembourg in 2012. In 2016 he joined GSK Stockmann. Manuel Fernandez has been specialising in banking, finance and capital markets law for many years. In addition to a wide-ranging practice in financial and regulatory law, he also represents clients in the areas of corporate finance, structured finance and corporate litigation in Luxembourg courts.

Dr. Raoul Kreide was admitted to practise law in 2008 and has been with GSK Stockmann since 2015. In addition to his legal studies at the universities in Heidelberg, Mannheim and London he also holds a BA in Business Administration/Taxation and Auditing (Dipl.-Betriebswirt). Raoul Kreide provides extensive legal advice in the area of corporate law, insolvency and restructuring. His main focus is on real estate insolvency law and advising banks, for example in connection with the structuring of funds for equity participation in crisis-affected clients. As a trained mediator he provides holistic legal advice to medium-sized family businesses in distressed situations, also with regard to the avoidance of conflict in case of generation transfer. Raoul Kreide regularly speaks at industry events and is the author of numerous publications on the topic of reorganisation law.

Philippe Lorenz studied law at the University of Bayreuth and the LMU in Munich. He has been a lawyer at GSK Stockmann since 2015 where he works in the area of banking and financial supervision law. Previously, he had spent several years working in the legal department of a leading major German bank. Philippe Lorenz is specialised in providing comprehensive legal advice on the structuring, set-up and distribution of financial instruments and insurance products, on payment services and e-money. One focus of his expertise is on digital solutions and mobile applications in the FinTech and InsurTech sector. He has authored several publications regarding current issues in banking and financial services and also regularly gives lectures on these topics.

Mathilde Ostertag was admitted to practise law in Luxembourg in 2008 and has been a part of GSK Stockmann since 2016. She studied law at the Université Robert Schuman in Strasbourg and at the Freie Universität in Berlin. Mathilde Ostertag built up and developed the tax department at GSK Stockmann’s Luxembourg office. She has many years of experience in international tax planning with a main focus on inbound investments in the structuring of EU funds, capital markets and structured finance transactions. She provides legal advice to German and international real estate portfolio groups, real estate developers, non-regulated funds and listed companies. In addition to her legal practice, Mathilde Ostertag is also President of the Ladies In Law Luxembourg Association (“LILLA”).

Valerio Scollo studied law at the University of Trento, the University of Rotterdam, New York University and the National University of Singapore. He was admitted to practise law in Italy, Luxembourg and New York and has been a GSK Stockmann team member since 2016. Valerio Scollo is specialised in capital markets, the regulation of financial services and international banking. His main focuses are securitisation, debt capital markets and structured finance products. His clients include banks, financial institutions, asset managers, corporations and insurance companies.

Alexander Spreitzer studied law at the University of Regensburg and then received his Master of Law degree from the Victoria University of Wellington in New Zealand. He was admitted to practise law in 2005 and came to GSK Stockmann in 2011. Alexander Spreitzer is specialised in construction and architect law, also supporting clients in extrajudicial and judicial real estate disputes. Furthermore, he also advises on litigation mandates in other areas of civil law such as capital market law or corporate law.

Dr. Marcel Vietor studied business administration at the Berufsakademie Stuttgart and obtained his law degree from the LMU in Munich. He was admitted to practise law in 2010 and joined GSK Stockmann in 2013. Marcel Vietor has been specialised in providing legal advice to national and international clients in the areas of corporate law, M&A as well as commercial law for many years. Particular focuses of his advisory activities are on joint ventures for real estate investors (project developments) as well as providing corporate and commercial law advice to vehicle manufacturers, suppliers and mobility service providers.

Dr. Nadine Wachendorf studied law at the Saarland University and at the Goethe University Frankfurt, from which she also earned her doctorate. Since 2010 she has been advising at GSK Stockmann in the area of real estate commercial law. Her clients include project developers, national and international real estate investors and family offices. Her focus is on real estate asset management, in particular on tenancy law advice regarding complex project developments and the drafting and negotiation of mainly large-volume lease agreements.

Dr. Jonas Wilkens studied law at the University of Göttingen as well as the Universidad de Salamanca, Spain, and then earned his doctorate in international private law and litigation. He was admitted to practise law in 2010, holds an LL.M. in Real Estate Law from the University of Münster and is a certified lawyer for construction and architect law since 2016. Jonas Wilkens advises project developer, investors, industrial companies and pulic clients on private building and architectural law as well as real estate and property law and specialises in hospital, care and residental properties and plant construction. Jonas Wilkens regulary gives lectures on cnstruction law and real estate law at industry meetings and training sessions. He is also an author of specialist articles.

Kerstin von Staa transferred to GSK Stockmann in 2016 from the Department of Urban Planning and Building Regulations of the City of Munich. Following her studies at the University of Passau, she began her legal career in 2012 at an international corporate law firm in the area of insolvency and restructuring before switching to public administration. Today Kerstin von Staa specialises in legal advice regarding the obtaining of building rights for complex project developments including legal project management. Moreover, she has comprehensive experience in the analysis and enforcement of existing construction law and building regulations, which she regularly applies when supporting real-estate transactions for national and international clients. 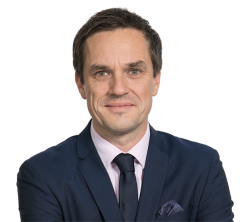