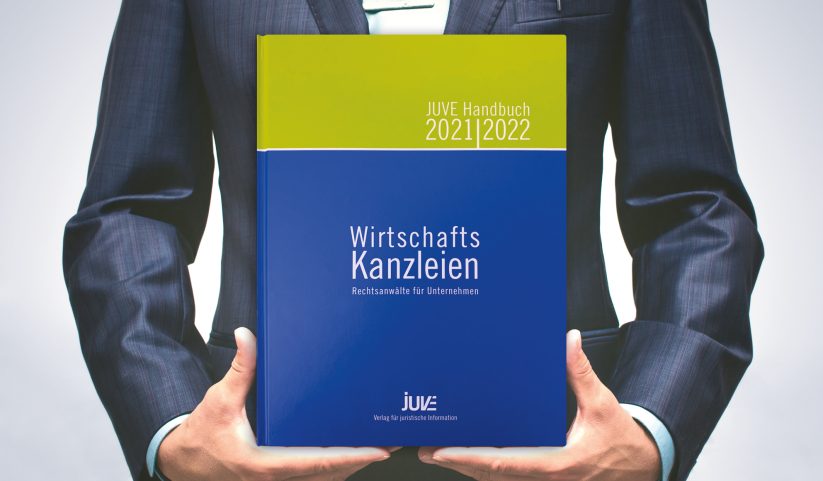 The JUVE Handbook of Commercial Law Firms 2021/2022 has awarded GSK Stockmann in a total of 15 legal fields. According to the recently published overall ranking, the commercial law firm is once again one of the 50 leading firms in Germany.

GSK Stockmann continues to rank well in all areas relevant to its legal practice – a confirmation of the firm’s clear strategy of consistently expanding its advising portfolio through innovative ideas and offering its clients comprehensive, first-class counsel at all times.

This represents a continuation of the success GSK Stockmann has been garnering in its core fields of practice in previous years, as has particularly been seen in real estate and construction law as well as banking and financial regulation. Thus, the firm’s focus on these sectors is bearing fruit, with the market showing that it values that focus accordingly.

Last year’s top ranking in Real Estate and Construction Law has been confirmed anew: According to JUVE, GSK Stockman excels as a real estate advisor by using its deep roots in that sector as a basis for bringing other specialisations into play for clients. The firm’s real estate practice has also been catapulted into a higher league with its office in Luxembourg, while its counselling services have undergone consistent expansion via the intelligent use of legal technology. In view of its evolution in this field, GSK Stockmann has been nominated for the JUVE Awards as “Law Firm of the Year for Real Estate and Construction Law”.

The solid ranking performance was likewise confirmed in banking and finance regulation, and even improved in the field of investment funds and asset management. According to the JUVE Handbook, GSK Stockmann has shown palpable success in building up its regulatory know-how in the financial sector. The Handbook notes how the firm is tapping into new asset classes in fund advising, including private debt, and has been skilful in leveraging the new partners among its ranks. For that reason, GSK Stockmann has been nominated “Law Firm of the Year” in the category of Banking and Financial Regulation.

In Corporate and Public Law, GSK Stockmann has been able to reassert last year’s outstanding ranking, and even ascended in Company Law.

Moreover, GSK Stockmann has now been included in the Employment and Compensation Law ranking for the first time. GSK Stockmann also improved its ranking in Company Law. Accordingly, the firm has successfully expanded its consulting expertise to encompass new competencies and sectors related to the firm’s core business fields.

GSK Stockmann has been awarded in the following fields of legal counselling:

Background:
This year saw the publication of the 24th Edition of the JUVE Handbook of Commercial Law Firms. Its rankings are based on the independent research carried out by a 34-person team of specialised in-house journalists, who surveyed 1,215 law firms and 49,607 clients.

You can find the JUVE ranking here.