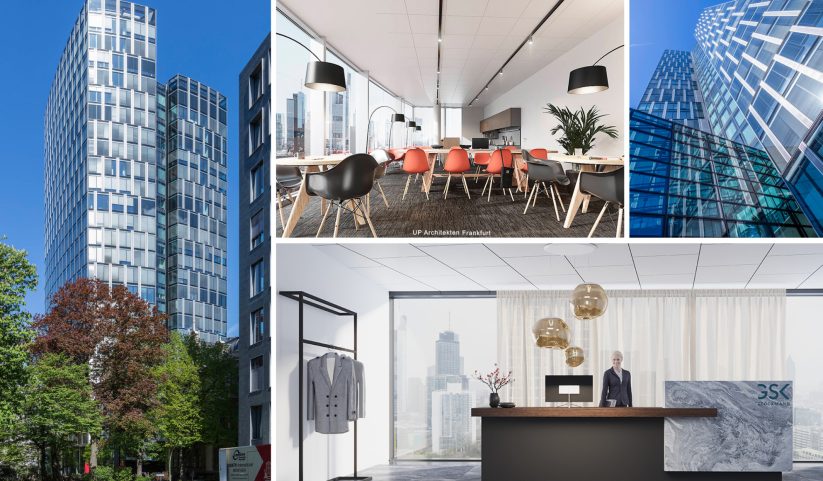 On 27 January, GSK Stockmann moved into new offices in the Westend Duo complex in the Westend district of Frankfurt. By moving into the new property at Bockenheimer Landstrasse 24, the firm has consolidated its previous offices at one location with approximately 3,100 sqm of floor space.

The new offices in Westend Duo, a building owned by DWS Immobilienfonds grundbesitz europa, are state-of-the-art, according to GSK Stockmann partner Holger Lampe, who was in charge of the move: “We anticipate a significant increase in efficiency, as teams from the two previously separate offices are moving into the same space and will be able to work together more effectively in the new building with its clear structure.” The location in the vicinity of the Alte Oper is ideal for clients and staff alike, and only approx. 200 m from the previous address.

With its floor-to-ceiling, all-glass facade, the building offers bright, attractive workspaces on all sides of the building with views of the Frankfurt skyline, the Europaviertel with the Messeturm, the Taunus river and Frankfurt’s Westend district. The firm is leasing three floors in total. The 13th floor has meeting rooms as well as a staff lounge. GSK Stockmann has made ergonomic design a priority for the new office layout.

At 96 m in height, Westend Duo is one of the most attractive buildings in Frankfurt. The two towers are connected by a common core which allows access to the office areas to the left and right. In 2008 the property was awarded the International Highrise Award and the Prime Property Award Special Prize for Sustainability.

Blackolive advised GSK Stockmann during the selection and contract negotiations. Anette Unger and Barbara Csermak from UP Architekten assisted GSK Stockmann with regard to the expansion planning, interior design and furnishings. The move was supported logistically by Wagner & Partner.