GSK Stockmann advised K&U and Bäckerhaus Ecker in closing a reconcilement of interest and social compensation plan for the employees of in-store bakeries who are affected. Both Edeka Südwest companies have therefore succeeded in preserving jobs in the outlets.

K&U and Bäckerhaus Ecker together employ around 3,000 people in the outlets. They are both subsidiaries of Bäckerbub, a company operated by food retailer Edeka Südwest. More than 400 outlets in Saarland, Hesse, Rhineland-Palatinate and Baden-Württemberg will now be transferred to Edeka’s local retailers.

This was required because the outlets were making increasing losses in recent years which was exacerbated due to the coronavirus crisis. The transfer is beneficial for all parties involved: The retail merchants can now adapt their range of goods even better to local customer wishes and operate the outlets economically in the future. In this way, K&U and Bäckerhaus Ecker have managed to save jobs as well as sustainably secure them for the future.

GSK Stockmann advised K&U and Bäckerhaus Ecker with a team led by partner, mediator, remuneration and employment law expert Alexander Insam, in particular on issues of works constitution law, collective bargaining law, transfer of business and negotiations with the general works council of K&U and the works council of Bäckerhaus Ecker. A first breakthrough was achieved for Bäckerhaus Ecker in April and finally, at the end of July, an agreement was reached for K&U, including an understanding with the NGG trade union, so that the conciliation committee, which had already been called upon, no longer had to become active. 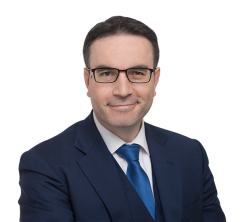