GSK Stockmann provided comprehensive advice to Hong Kong-based investor Horizons Ventures on its investment in Berlin-based fintech Getquin. The social network for investors saw commitments of $15 million from prominent fintech investors in a Series A round.

Getquin was founded in 2020 by Christian Rokitta and Raphael Steil. The company provides an online community for sharing, advising on and tracking investments and financial content. Its more than 200,000 users can discuss and have their investments analyzed via the platform on stocks, cryptocurrencies, ETFs and other investment opportunities. Following strong growth in Germany and the DACH region within the last twelve months, Getquin’s next step is to expand the English-speaking community and make its service available to a broader user base. To this end, the social network was able to raise USD 15 million in a Series A round.

Horizons Ventures joined as an investor in the current financing round. In addition, Portage Ventures participated as lead investor as well as other investors and business angels.  Horizons Ventures was co-founded by Solina Chau and Debbie Chang in 2005. It is known for backing era-defining companies making lasting and positive impact in the world. Amongst its string of notable early stage investments are Zoom, Impossible Foods, N26, Wefox, Spotify and DeepMind, reflecting Horizons Ventures´ methodical long term investment approach.

With a team led by venture capital partner Katy Ritzmann and Dennis Gehnen GSK Stockmann advised Horizons Ventures in the negotiations on the investment and shareholders’ agreement and on all issues relating to the investment, in particular corporate law issues. 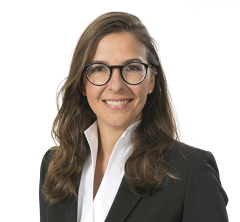