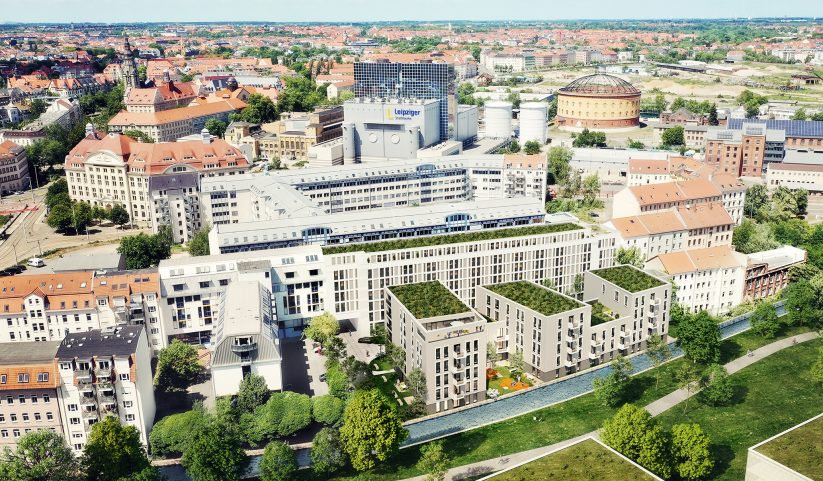 FAY Projects develops a hotel and a Co-Living concept on the site at Berliner Strasse 22-30 near Leipzig’s main station. GSK Stockmann provided legal advice on the sale to the pension fund of the State Medical Association of Hesse as part of a Forward Deal.

The “Future Living” project, designed by TCHOBAN VOSS Architekten, will be built close to the city, 600 m northeast of Leipzig’s main station. Along Berliner Straße, a closed hotel development is planned. The three-star superior Radisson Hotel will have 224 guest rooms distributed over seven storeys. In the inner area facing the Parthe river, a building complex will be created consisting of three buildings with five to six storeys, which will be connected by three-storey intermediate buildings. This building complex will comprise 75 apartments with 185 rooms. Tenant is the Quarters Group, which will run the building complex as a Co-Living concept with furnished apartments and common areas. In the basement, Apcoa will run a public car park with 84 parking slots. The project, totaling 13,700 m² GFA, is scheduled for completion in mid-2023.

A team led by GSK Stockmann Partner Dr. Olaf Schmechel provided legal and tax advice to FAY Projects on the sale, in particular on the negotiation and drafting of the purchase agreement. 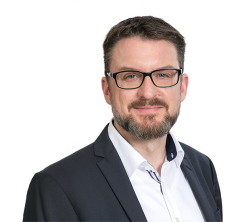